What a day! As part of the design team that created the Queen’s Baton, I was called upon the be a part of the relay to carry it around the world. Unfortunately my part didn’t involve any remote Commonwealth islands in the sunny Pacific Ocean. But, I was still proud to carry the baton high through the streets of Glasgow.

It was a surreal experience starting with a sedate morning briefing before jumping into the hilarity of the baton bus, darting around Glasgow with the tunes blasting and a police escort. At my location I was sent out the bus and waited for the Baton to arrive. I wasn’t waiting long when William Mitchell, my boss at 4c Design came up the hill with the Baton. Queue the chaos! As Will passed me the baton, we were mobbed by photographers, cameramen, security and an eager crowd.

It was great to be reunited with the baton after its truly epic journey around the world, through thousands of hands, cultures and countries. I have to admit I gave the puzzle mechanism a sneaky twist to check it was locked!

My jog with the Baton was short and sweet, before I passed the Baton onto Emma Canning an up and coming athlete that I will be looking for at the 2018 Games. 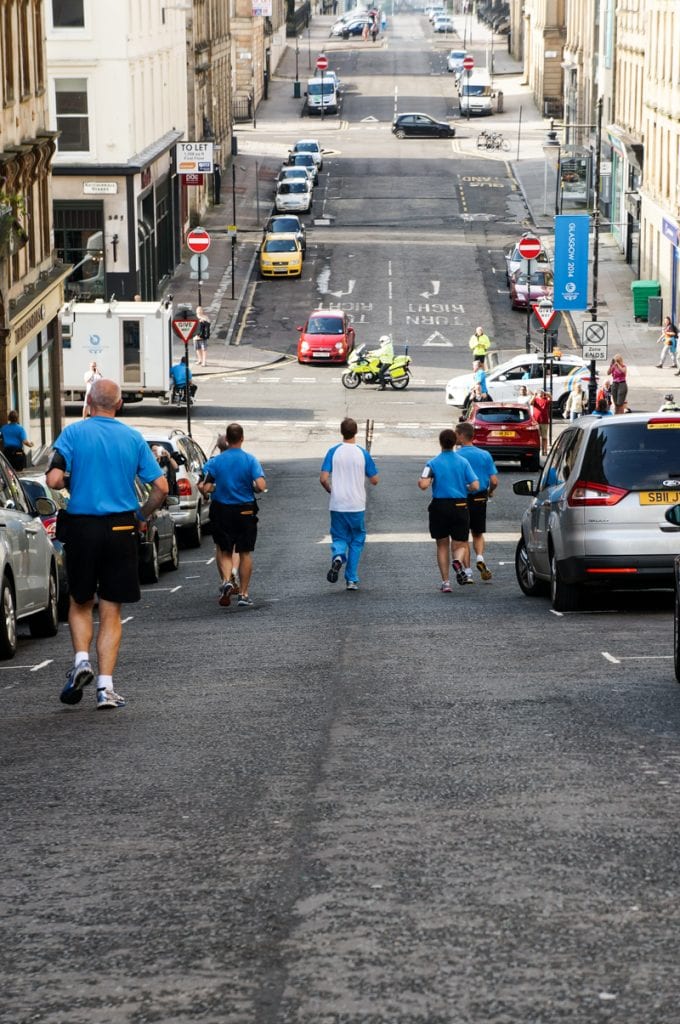 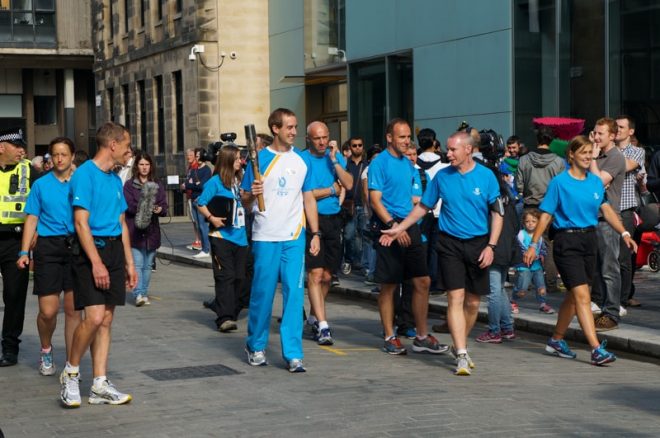